In four words or less…. 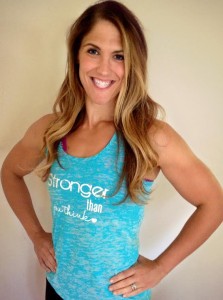 But if you really want all the details….

I haven’t always been in great shape or frequented the gym like I do now, but as far back as I can remember I’ve always had an interest in working out.  Growing up my idols were always athletes like Dot Richardson and Lisa Leslie.  I remember buying creatine in high school in hopes of getting stronger.  Typical sixteen year-old girl purchase right?

I played first base for the Central College softball team. I can’t say enough about my wonderful experience on the softball team. As cliche as it sounds, I made life- long friends and priceless memories, and not to mention winning the National Title for DIII softball in 2003.

I then moved back to Iowa, got engaged to my husband, John and like most brides decided I was going to lose weight and get back into shape for the wedding!  I got a wonderful trainer who recommended the “Body for Life” cookbook and John and I followed it to a “T.”  We both lost weight actually.  I was the lowest I had been in my adult life but still not where I wanted to be.  I was happy, but I could do better. 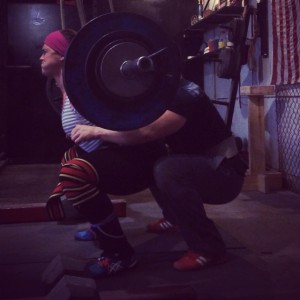 Slowly over the next few years I continued to exercise and make healthy choices.  I reached new lows with my weight and felt great.  I was spinning, kickboxing and body pumping my way skinny…and then I got pregnant.  Of course I was thrilled.  This was exactly what John and I had planned.  Get married, have a baby, move to a small town and live happily ever after.  It sounded great on paper!    We moved a smaller town mid-pregnancy.  With the move meant a longer commute, stop at the gas station for breakfast and no gym membership.  I packed on the weight quickly, 50 plus pounds. I didn’t care though, I was going to have a baby!

Well, that little bundle of joy rocked my world.  In a matter of months I went from big city living, full-time working and gym going mama-to-be, to lonely, stay-at-home mama overwhelmed with what seemed like a baby that cried at me most of the day.  I lost about 25 pounds shortly after giving birth and then gain ten more back. I was miserable.  Thank God I had a husband who could see that and we moved back to “the city” a year later.  I joined the YMCA the day we moved and have never looked back. 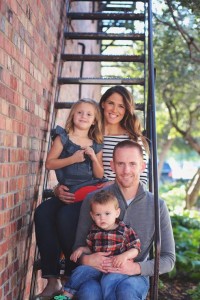 Fast forward to today and I’ve since had another baby in May 2012, done a few sprint triathlons, joined a bicycling race team, became a group fitness instructor, lost the 50 pounds I gained during my first pregnancy and 15 most pounds to boot.
But…. I’m not done yet.  I want to see what my body can do.  How far can I push myself?  How strong can I be?  I want to take my diet and training to the next level.  I’m not doing this because I’m unhappy with my body, it’s actually just the opposite.  I’m doing this because I know I’m happiest when I eat well and workout.  It’s that simple. 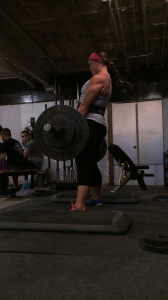 I’ve joined an amazing local powerlifting club where I can train next to some of the strongest men and women in the state and even the country.  Powerlifting has given me the confidence I needed and even though I’m in my thirties I feel faster, stronger, and more powerful today then I did when I was college athlete.
I couldn’t be happier to be a part of Strong Figure.  I’m thrilled to join this team of amazingly strong men and women.
My social media links: 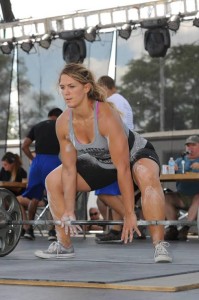