…and I figured out my glycogen problem.

I haven’t posted in a while on Carb Back-Loading or Carb-Nite Solution because of my current Paleo experiment. (I love learning about how my body responds to food, and nutrition fascinates me.) But when it comes to eating a Paleo diet, most back-loaders and carb-niters know you actually eat very Paleo-ish (minus the no-dairy rule) during the “prep phase” and pre-workout hours. In fact, to get Carb Back-Loading and Carb-Nite Solution to work properly, one must eat extremely low carb pre-workout. Paleo is extremely low carb. 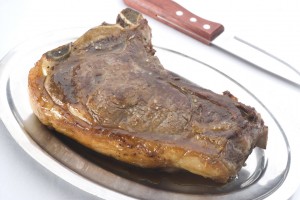 Now let’s back up to my experience with both Carb Back-Loading and Carb-Nite Solution. I experimented with back-loading for about three months and then carb-nite for about three months after that. During the back-loading stage, I got STRONG–like breaking through plateaus strong. But I also never really saw myself get leaner either. This is not a flawed system though–even Physicist DH Kiefer himself says that if not done properly, you’ll get FAT on the back-loading plan. To figure out “what’s proper” for each individual is tougher than any other part of Carb Back-Loading. Well, in my opinion anyway. For example, men can obviously eat more carbs than women. Men burn carbs faster than women. That’s why some women have better success on the Carb-Nite Solution plan because their bodies actually store carbs up to three and four days at a time. On the Carb-Nite Solution plan, people are encouraged to eat carbs once a week, instead of 4-6. So figuring out whether you should follow a back-loading or carb-nite plan takes some time. I tried eating carbs every night, every other night, three days a week, and then once a week–when I switched over to the Carb-Nite Solution plan.

Why the focus on carbs? When eaten at the wrong time, carbs spike insulin levels, turning off our blood sugar stabilization, and preventing us from burning fat. And isn’t fat loss the goal of most people reading this right now? But carbs are also efficient fuel for our muscles’ next workout and should be consumed post workout to build up properly. So the big question for individuals is “how many carbs do I need for MY body and MY goals?”

My goals are simple: get strong and lean. Ok, they’re not that simple; most people can’t do both. The process of figuring out this body of mine has taken YEARS and it hasn’t stopped yet. It actually took until about two weeks ago–when I started this Paleo journey–to pinpoint just how efficiently my body stores–and uses–its carbs/glycogen reserves. For me, this has shed SO much light on back-loading and carb-nite plans. I can now figure out WHEN my body needs carbs and just how many carbs I should take in to become stronger, stay leaner, and build muscle.

Now that you know a little more about the difficulty of carb consumption in the body, let’s back up even further. Before one can even start a carb back-loading or carb-nite plan, he/she MUST complete a “Prep Phase.” The prep phase is simple: eat under 30 grams of carbs per day and make sure those carbs come from vegetable sources. DO NOT ingest anything that spikes insulin or the prep phase is, well, ruined. No sugar or most substitutes, no fruits, fructose, glucose, yada, nada, and all the other ways to consume carbohydrates. Just pure vegetable forms. The goal is to deplete the body of carbs. It’s sort of like a cleanse…you’re cleansing the body of carbs. Your body enters a state of ketogenesis and you begin to feel weak, sluggish, and mentally drained. That’s when you know you’ve done “it.” You’re successfully carb-depleted. Now you must let your ketones become your fuel source (a process in which your body switches from burning carbs for energy to burning body fat for energy) and sit tight for another day or two.

Then, almost miraculously, you bust right out of this grogginess and suddenly you are stronger, smarter, and much more energetic. The feelings are amazing. You did it! You depleted your carbs, your body is burning fat for fuel, and you’re on your way to muscle-building heaven. It’s a tough process, but when it’s over, you can start back-loading or carb-nighting so that you can re-fuel your muscles as needed according to your personal glycogen-storing abilities.

Here’s my dilemma: When I first started backloading and carb-nighting, I think I took in too many carbs. Actually, I know I did. Even when I switched to eating carbs only once a week, I still indulged so heavily that I felt bloated for four days after and didn’t even begin to feel normal until it was time for my next carb nite. I followed the rules…super low carb during the other six days, and one evening of splurges. I just couldn’t get lean. How could one evening undo a whole week of greatness–especially when everyone else was having so much success on the plan?

So for Lent this year, that’s when I decided that I would take on a Paleo challenge. I would eliminate everything from my diet but green vegetables, meats, and eggs. I would eat clean enough to drop a few pounds, and re-evaluate my carb-nite plans. 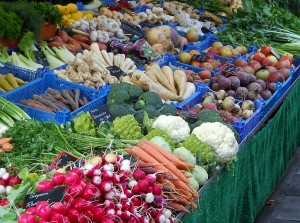 The first few days of anything new and different are always challenging and for anyone. I struggled for a week trying to figure out what I could snack on since I had decided to give up almonds too. (I’m slightly obsessed with them so I knew I’d rely on a diet of almonds unless I didn’t stop those as well.) When day eight of my Paleo challenge rolled around, I thought I was in hell. My workout sucked. I couldn’t flipping jump a jump rope. I couldn’t do more than one pullup in a row. Seven deadlifts felt like 700. WTF was wrong with me? At work I moved in slow motion. I couldn’t think. I taught a kettlebell class later that evening without enthusiasm (definitely NOT like me). On the drive home, when all I could think of was my bed, it dawned on me…I hit my carb depletion. My “hulk effect” was RIGHT around the corner! Yes!

At home I told Erik what I had discovered. I know why I suck today! I’m officially carb depleted! And then it hit HIM as well:

“Steph, you ate sushi for dinner eight days ago. It took you eight days, seven CrossFit workouts, three bodyCOMBATs, and some heavy lifting to burn off one plate of sushi and a couple egg roll appetizers.”

OMG he was right. I had been eating ultra low carb before my pre-Paleo sushi splurge, so I knew I was pretty carb-depleted before I even embarked on this new challenge. What light this shed on my understanding of my body and how it stores carbs! I’ve always said that I’m the person who looks at the donut and gains five pounds. I’ve always said that I’m the person who eats cleaner than anyone I know and one pizza night ruins two weeks of training. Not many believe me…only my OBGYN took me seriously enough to have me tested for thyroid issues–which came back negative. My incredibly fast weight gain and even harder time shedding fat made sense for the first time in my life. Kiefer said that women hold onto glycogen longer than men, and some women longer than others. Ding Ding Ding! I am that woman. I am the one who can’t carb back-load every night because I store my carbs no matter WHAT I’m doing in the gym. Unless….unless I eat very, very few of those carbs when I do have them. Hence, my Paleo challenge.

For the past 14 days (and I plan on making it to 40 days) I’ve given up anything that isn’t a green vegetable or a protein source. I’ve given up all dairy, even almost all nuts and seeds. (I’ve had pumpkin seeds once in order to ensure I was getting enough “good fats” in my plan.) I’ve also had a lot of coffee, too. 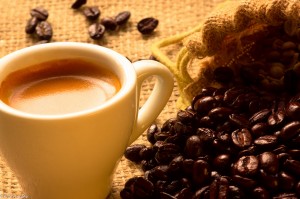 If you want to read about my day-by-day experiences, visit the forum HERE. But long story short, here are my results so far:

I think the last bullet is what makes the Paleo diet stand out for me. A Carb Back-Loading and Carb Nite plan allow the dieter to splurge on sweets and for most people, these sugars contribute to anabolic gains, leading to muscle building and fat loss. Maybe if I could control these splurges, I’d be ok with sweets too. Unfortunately, I haven’t mastered this control yet. I’d almost rather have a larger sushi meal than a 1/2 cup of ice cream. (Did I seriously just say that?) But I think that’s what it’s going to boil down to for me. I can’t eat as many carbs as most people, and when I do eat them I’m going to have to be selective to get the best results for ME. Plus, I enjoy feeling “clean” on the inside. Paleo allows me to feel this way. But I also know that my body needs fuel. When my 40-day experiment is over, I plan to include ONE meal once a week (or every other week) that involves white rice or sweet potatoes for glycogen replenishment. I also plan on adding no more than one serving size of almonds back into my diet…not three or four. I know that this still sounds pretty damn strict to most people, but I think what I have to get through my head is that I’m not most people. I’ll just have to save all my sugar splurges for very special days–like holidays–and be extra cautious in the meantime.

If you’re like me and you’re struggling with finding the right balance of carbs, my suggestion is to do two prep phases. Yeah, I know that sucks. But go ultra low carb until you know you’ve depleted your stores–6-9 days, eat a carb-heavy meal, and prep AGAIN until you’ve depleted them once more. Count your days in between and take notes on your exercise routine. How many days did you lift and how many days did it take to get past the sluggish feeling? Does it take you four days? If you want to maximize your fat loss efforts, my suggestion would be to carb-load on the 5th. Does it take you eight days like me? Carb-load every ninth day. I’m no DH Kiefer, and I’m definitely no physicist either, but I’m an expert when it comes to my body and food. I like clean eating, Paleo seems to work well for me, and the theory of a cleaner, gluten free carb-nite every eight days or so will probably be my best route.

Once Lent is over, I plan on diving into more research on insulin response in accordance to fat loss goals, and how blood sugar stabilization works to regulate our weight loss efforts. I’m starting to believe–after YEARS of experimenting on myself–that stabilizing my insulin and keeping my hormones at bay are what drives my body to work optimally. Fueling at the right time with the right foods are going to be key for us all, and figuring these issues out fuels my passion in the nutrition field.

We want to know here at Strong Figure, what has been your most challenging moment throughout your experiences with Carb Back-Loading, Carb-Nite Solution, or eating Paleo? Please share your experiences in the comment section below!