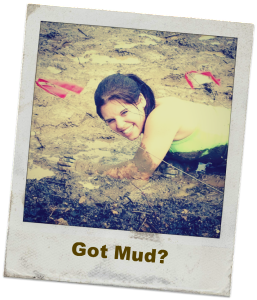 When I started typing this article earlier today, I never thought I’d have to come back and edit a preface to a post. But between the writing and editing stages today, tragedy struck marathon racers in Boston. I’ve never run a marathon, but I’ve run enough obstacle course races to know that when you’re on the course, you’re more than a runner: you’re a member of a group of people to whom no one else belongs. You have something special about you, and those around you aren’t your competition, they’re your friends, your companions, and even for a short while, family. No one “gets you” quite like the runner beside you. And in no other sport does a competitor stop what he/she is doing to help you when you fall, lift a net when you’re stuck, or stay behind to make sure you get over a really tall wall. I guess what I’m saying is that whether you’re a marathon runner, a trail run fanatic, or a mud-run racer, the person next to you is the one you never forget. The runner who looks over her shoulder to make sure you’re still keeping up is the one in that race that you never forget. The one who waits for you at the finish line, who drove miles to watch from the sidelines, is the one you never forget. Any other day, to the rest of the world, we’re just simply “runners” — no matter the race. To us, however, we’re a different breed. Though not many people understand, a race is more than what the eye sees. A race is heart, compassion, persistence, perseverance  courage, and strength.  And not many get that. But today, we all understand. Today, we are all the runner. Today, we are all heart, compassion, and perseverance. Today, we will never forget Boston.

I am one lucky girl. I’ve got 24 runners representing Strong Figure in a 3.4 mile obstacle course mud run this coming weekend. And be sure to check back in later–I’m going to post some pics of the race! But in preparation for this course, I thought I would put together a list of my best tricks, secrets, tips–whatever you want to call them–not just for my racers, but ANYONE who races. I’m no pro obstacle course athlete by any means, but I do know that I did NOT prepare properly for my first race, TORE UP my muscles, and took weeks to recover. By the time I completed a few more, I’ve revamped my prep-course of action enough to know how to prevent a lot of injury. And I’ve been fairly successful with this easy routine.

Your muscles are going to cramp if you don’t hydrate properly. And I don’t just mean by drinking a lot of “sports drinks” the day before or morning of the event. You’ve got to start early, and you’ve got to start with water. 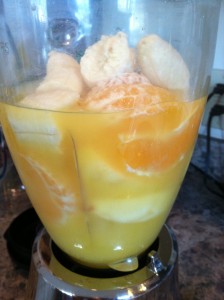 Directions: Blend and enjoy!! This will probably make a lot, but you can freeze the leftovers and have it later in the evening. It makes a fantastic snack!

Most athletes/runners/racers/etc., obsess way too much over when to eat a certain amount of carbs pre-race. And quite honestly, most people end up over “carb-loading” for an event. Unless you’re running a long race–beyond 7-10 miles–most of us don’t need to think about taking in so many carbs. The last course I ran was a 6+ mile course on a mountain side and it took over two hours to finish. I had about 15 grams of carbs pre-race and probably a fruit smoothie the night before. My focus was to eat the healthy fats that would stay with me longer and provide a sustained amount of energy throughout the entire race–not just a burst of carbs for the first 30 minutes. Of course we’re all very different people, but here’s what I would suggest for a race of 3-6 miles.

Your muscles would really benefit from a great pre-race soaking. Buy two containers of Epsom salt–one to use before, and one to use after your race. On Friday night, draw a hot bath and dump the entire container of Epsom  salt into the bath. The magnesium draws out the lactic acid in the muscles and I don’t know how or why it works so well, but I swear by these baths. Especially if you’re sore at all, you want to do this. If you have a foam roller, or have access to one, try rolling out the muscles as well. And take your roller to the race too–roll as much as you want up to your start time. I know that I have issues with my quads and calves tightening up, so I make sure to roll them out as much as possible for the days leading up to the race. I definitely think it helps! And though I’m sure I’ll say it again, roll and soak post race. If you want to get back to a normal routine sooner than later, it would be to your advantage to roll immediately, and soak ASAP at home!

If you’re like me or my friends, one race is not going to stop your normal gym routine. In fact, you may fear that stopping your workout will leave you weak for the big day. Good news! You don’t have to stop…until later in the week. If you’re a serious athlete, train like normal. Take Friday off unless you’re really sore, then take Thursday off too. Soak. Foam roll. If you aren’t sore, still take Friday off so that you can rest enough so that you feel refreshed for the race. And by all means, feel free to actually take the week off leading up to the event. If you train regularly, you’re strong and in good shape already, so a week off may rejuvenate you enough to do REALLY well come race day. Rest, hydrate, eat well, and take long walks if you must do something. But when it comes to exercising, just take it easy the few days before hand. It’s not rocket science–just common sense.

Immediately after your race, foam roll the muscles and drink plenty of coconut water. Maybe even have a banana too. Then go eat a cheeseburger, a cupcake, a slice of pizza, and wash it down with a beer. Ok, maybe that seems extreme, but chances are, you worked hard, trained for this event, and busted ass completing it. I plan on celebrating this weekend with a cupcake or two and maybe a fun dinner out somewhere. After the CMC race last April, I ate a burger and had a beer (immediately after crossing the finish line), ate trail mix and drank two Gatorades on the ride home, and then went out for pizza, wine, and breadsticks later. After a 4 hour and 7+ mile ski resort race, I ate half a pizza, crab dip, and drank an entire beer flight. After the Brooklyn CMC, another half pizza. The Rogue Runner Race? Half a pizza and some Sam Adams Summer Ale. Do you see a trend? I’m assuming I just might have another pizza splurge this weekend. Not that I really need any of it–it’s just fun to celebrate. Why shouldn’t we?!  And while you’re here,check out Erik’s 5 Ways to Recover from Extreme Exercise that he wrote after two of my BFFs completed a 12-hour Go Ruck race that started at 1am….in February. Yeah, they’re sort of my heroes.

Ever heard of cryotherapy? That’s an ice bath…an ice bath that sucks. OMG it sucks. But it’s the only time I’ve ever in my life gotten 100% relief from sore muscles. The last time I did it I was brave enough (actually peer pressured enough) to go all the way in and my shoulders actually felt GREAT for the first time in months. My shoulders are again killing me as I type this and I know an ice bath is what I need…but man do I dread the thought. I might have to suck it up before Saturday though. Not brave enough to sit in a tub of ice? Make sure you soak using that other container of Epsom salt that you bought. At least you’ll be walking the following day if you do. 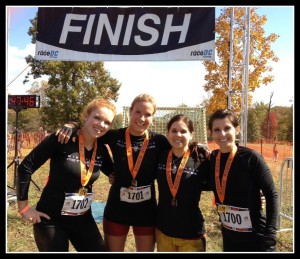 Do you have more suggestions on how to prepare for a big event? Questions? Let us know in the comments below!