If you are like me and you LOVE Indian food then you probably have already heard of this super healthy spice.  It is found in many curries and it is what gives most curry that yellowish color.  It is also the stuff that gives the classic American mustard its yellow color.  Some of you may know it better as Indian Saffron.

I love this stuff. One of my favorite and super EASY recipes (found below) is chicken thighs, curry spice (full of tumeric), and cauliflower.  It is low carb, full of protein, and full of flavor.  But it is also full of AWESOME anti-inflammatory curcumin.

Turmeric’s primary active ingredient, (a diarylheptanoid to be exact — sound that word out.  Doesn’t it sound awful?) is curcumin, which is what makes Turmeric yellow.  It is also what makes turmeric super healthy and why you should be eating more of it.

A 2003 study, showed that curcumin was as effective as significant doses of ibuprofen (Motrin) in treating inflammation. And in a more recent study, which analyzed the impact of both curcumin and ibuprofen on arthritic knees, curcumin proved to be more effective than ibuprofen.

So this stuff works and it is a NATURAL spice?

Strong Figure readers concerned with muscle growth, should pay special attention because a 2008 study showed that ibuprofen impaired muscle growth. If you suffer from inflammation you should be loading up your food with turmeric — not taking Motrin. 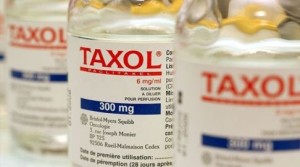 Taxol (generic name paclitaxel) is a drug used to treat lung, ovarian, breast, head and neck cancer.  In a 2005 study, human breast cancer cells were injected in mice and were subsequently removed (mouse mastectomy). The researchers were hoping to find a cure to prevent the growth of new tumors after the mastectomy. After the mouse mastectomy, the mice were then divided into four groups:

The researchers believed that curcumin could prevent the formation of cancer tumors and they were right!

That may sound crazy but Turmeric actually compares quite favorably to western medicine.

Check out this article showing Turmeric is as effective as 14 western drugs used for treating a variety of issues.

Wait there is more!!!

Check out these links:

Turmeric has also been shown to help in the treatment and prevention of Alzheimer’s disease.

Turmeric helps with Crohn’s disease and other inflammatory bowel diseases.

Turmeric’s cardiovascular benefits prove as effective as even exercise. Ok this study was only done on post menopausal women, but there is reason to believe it would be duplicated in other populations as well.

Turmeric rocks! So make sure you add tumeric to your next shopping list. This stuff is clearly worth checking out.

Here is that lunch recipe I make: 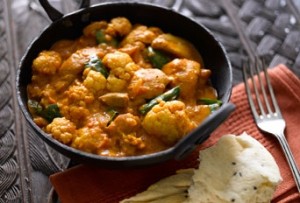 One whole cauliflower (or bag of frozen)

Add the cauliflower and onion. (If using frozen cauliflower cook separately and add at the end)

Add some water (about a half cup) and the curry powder to form a paste.  Stir until all the ingredients are covered by the curry paste.

Continue cooking for another 10-15 minutes until the vegetables are soft and the chicken is cooked through.

Turn the stove to high for 2 minutes, which will help the sauce to thicken and caramelize around the chicken.

Serve plain, over rice, or with naan.

It is a super easy recipe and you can make enough for an entire week’s worth of lunches really quickly.  I sometimes add other vegetables to it (green beans, peas, okra, spinach).

Do you use turmeric or do you supplement with curcumin?  Let us know in the comments section.