I’ve successfully gotten rid of every picture from my “fat days.” I randomly stumble upon one every now and then and I trash it before anyone else might see it. And when anyone else takes a photo of me that looks even in the slightest like I might be carrying some extra weight, I get that picture deleted.

Workout pictures are sometimes the worst. I mean, it’s not like anyone actually looks great at the bottom of a front squat, but when you see yourself sometimes….

Ladies, you know exactly what I’m talking about.

I don’t really have many pics of me when I was at my heaviest. And I think it’s because I almost refuse to believe that “that Steph” even existed. I’m really scared of that Steph and I never want to see her again. I get really paranoid that if I let my guard down too much, she’ll surprise me out of no where. Some days I convince myself that it’s ok to take rest days from the gym…the old Steph won’t appear over night. And when the holidays come my way and I have to fight the constant “we’re having a holiday party…” invites…I get scared of that old Steph again. 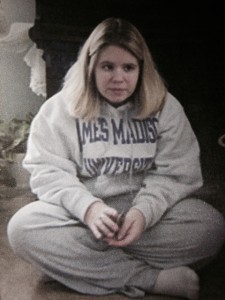 Let me tell you a little about the old Steph: 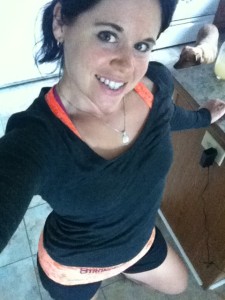