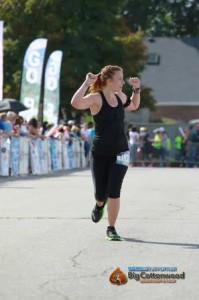 Growing up I was always chubby and as a teenager felt like I was overweight. After getting married at the young age of 19, I found myself at my heaviest weight ever – an embarrassing 225 pounds. I was miserable and not happy with how I looked. I made excuses for not exercising enough and eating the wrong things, always claiming I was too busy and couldn’t make the time. At least, that’s what I told myself. By 2005, I had grown tired of constantly packing on the pounds and knew something had to be done. I had a friend who had been successful in losing weight by taking the appetite suppressant phentermine. After months of working out at the gym (primarily elliptical and lifting weights) but not seeing any results, I decided to give it a try. I noticed quickly that it was not only working, but the weight loss motivated me to become more stringent with my diet and exercise. I was seeing results and couldn’t be happier. I managed to lose about 60 pounds in a year and was thrilled. Then we decided it was time to think about kids and low-and-behold, I got pregnant. That 60 pounds came back all too easily.After my son was born, I was nursing and obviously could not go back to taking the phentermine. I started out doing the same things I had done before – elliptical at the gym, sometimes 4 or 5 times a week and a circuit training program offered through my work. I was able to shed 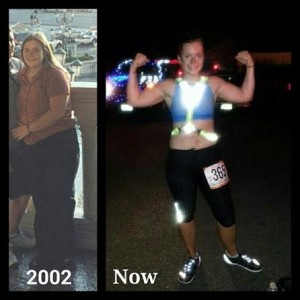 about 30 pounds but soon plateaued and could not lose any more weight. I decided to do it differently this time, without the aid of a magic pill or other quick fix. I tried something new entirely: running. My entire life I had hated to run and in high school did everything possible to avoid that dreaded run day in gym class. I always made excuses to avoid it but when it came right down to it, I simply was out of shape and it was HARD. I started out doing a route in the area where I lived that was a small circle amounting to about 2 miles. While I started out mostly walking with occasional brief stints of running, gradually I was able to work up to where I was doing more running than I was walking. Within a couple of months a funny thing also started to happen… the weight was melting off of my body. It was thrilling and addicting, all at once. I had finally found something that not only challenged me, but provided results as well. Running for me went from being a loathsome activity to a new love and obsession. I was always looking for ways to improve my time, push my limits and challenge myself. I ran my first half marathon in July of 2010 and have since completed five full marathons and countless half-marathons, relay races and even a Tough Mudder.Running has been my therapy and saving grace. In the middle of this transformation, my ten year marriage came to a tumultuous end. I have spent the past couple of years trying to pick up the pieces and focus on my son and now I finally feel like I have my feet beneath me again. As a way to cross-train and get rid of some pent up frustration, I started boxing with a local boxing club and also began CrossFit at a box close to my home. I am addicted to the endorphins and rush I getwhen I come up with a new record for myself. 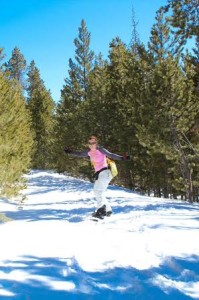 Perhaps my greatest sense of accomplishment comes from being able to call myself a marathoner, with my favorite marathon experience being last September’s Big Cottonwood Marathon. The day was perfect, my body was in tune and everything felt right. I was seeking a sub-four hour finish time and was elated when I approached the finisher’s chute and saw that the clock was still under the elusive four hour mark. After my disappointing finish four months earlier in the Ogden Marathon, I felt a surge of joy and pumped my hands in the air at the sight. Coming in at 3:59, this was the first time I’d ever taken on the 26.2 on my own. Normally I race with my fantastic aunt and a group of great running friends but this one was 100% me.. and it.felt.great.I am told regularly that I’m crazy and asked quite often when I take time off from training. My answer to that is that this routine that I’ve carved out for myself is a lifestyle that I’ve grown to love and am severely protective of. The thousands of miles I’ve run have made my transition into triathlon training infinitely easier than it would have been otherwise. The squat cleans and deadlifts at CrossFit have turned my snowboarding hobby a new passion because my legs are strong enough to carry me through the Utah mountain ranges. And as for marathons, I have #’s 6 and 7 on the calendar this year (Big Cottonwood and St. George, respectively), both within 3 weeks of one another! And in typical fashion, I’ve set my sights on a bigger dream: St. George Ironman 70.3 next May with the hope of completing a fullIronman in 2016.My son never knew his mom as the out of shape and overweight young woman I once was. But I love that he sees me out tackling new challenges, conquering my fears and taking risks. And that’s what has made the journey worth it all.Go big or go home!https://www.facebook.com/michelle.c.farnsworthhttp://instagram.com/mfarnsworth1http://wamakaskan.blogspot.com/