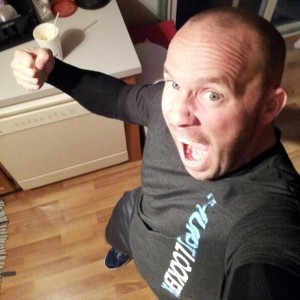 Hi my name is Rob Adamire from Lancaster county PA……you guessed it, Amish country.  I’m 33, married to a wonderful woman, and have an awesome 3-year-old daughter. I was always active growing up playing football and throwing for my track team. Then in my mid twenties I fell into the trap of eating bad and becoming less and less active. One day in early 2012 I was challenged by my cousin to run with him and some of his friends at the Mid-Atlantic Tough Mudder. Right around the same time, I learned about Spartan Races and in July of 2012 I took the dive into Obstacle Course Racing (OCR). Little did I know of the journey I was about to begin. I finished my first OCR in Palmerton PA and I was hooked. 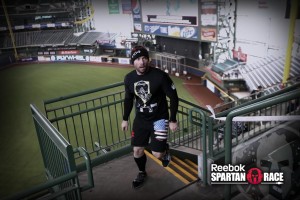 Later that year I completed my first Tough Mudder as well–not the greatest of performances–but I finished. In November of 2012 I learned about an organization called Operation Enduring Warrior: a veteran-founded 100% volunteer group with the mission of honoring, empowering, and motivating our wounded veterans. I am now a community athlete with OEW and have run two OCR’s with the team. My 2013 started by getting myself active and back to a healthier me and a goal of completing the Spartan Trifecta. In 2013 I completed six Spartan races and my goal of the Spartan Trifecta. My last race of the year was in Fenway Park–by far my best showing–I finished 70th out of right around 8000 people.  In 2014 I plan on 12-15 Spartans and to run all the stadium races in the elite heats. 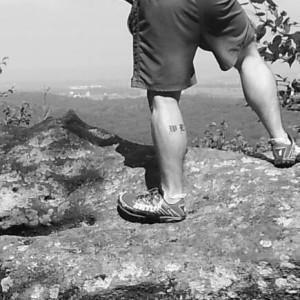 Just about five months ago I decided that my solo gym routine was just not getting me to where I wanted to be physically, and  I tended to get lazy in the gym. I did some research into local CrossFit affiliates in the area and finally settled on Crossfit Ephrata. After the first workout, I was hooked. Now I look forward to the beatings that are dished out at the box and also the strength gains I’m seeing since starting. I plan on attaining my Crossfit level 1 and OLY certifications in the near future. Anyone can do what they set their minds to: it’s all about staying mentally strong and to keep putting one foot in front of the other.