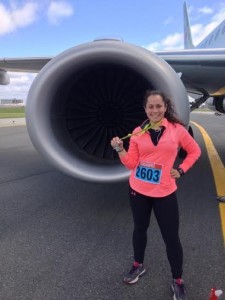 Hi everyone! I’m Sara, a 25-year-old from Mississauga, Ontario, Canada with an affinity for cupcakes, taking home beer glasses from bars, reading comic books, and hogging the blankets in bed. Oh and running. Can’t forget running!

My love for running and fitness came to me much later in life. Don’t get me wrong, when I was younger I played soccer and basketball and other sports here and there, but there wasn’t the same love or passion behind what I was doing like there is today when I run.

Back sometime around 2011 I was diagnosed with depression and as if the funk I was already in wasn’t bad enough, the official label I was given pushed me into a dark place I never thought I’d see. I was very unhappy with multiple facets of my life and consistently felt stuck, and with this diagnosis I felt as if nothing was ever going to change. The next couple years I spent a lot of time imagining what life could be like if I made changes, but never did anything actionable. It wasn’t until 2013 when I got an invite from a group of colleagues who were going to go away for a weekend and participate in a Color Me Rad 5k, that I began to realize that nothing was going to happen unless I made it happen and nothing was going to change unless I changed it.

As soon as I got back from the weekend with my colleagues, I was online looking for my next 5k race; the feeling I had during that 5k, even though I was running and walking, was unlike anything else I had ever experienced. I felt free and in control of everything during those long 50 minutes.

From June 22, 2013 onward, I made the effort to run on a regular basis and I wasn’t even running for my physical health – I was running for my mental and emotional health. About 6 or 7 months later, shortly after 2014 had started, I realized that there were some added bonuses to running other than getting back my sanity – I had run in 15 races (mostly 5k’s) and lost about 50 pounds since I had started. 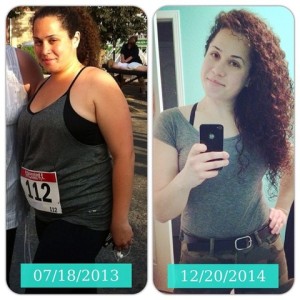 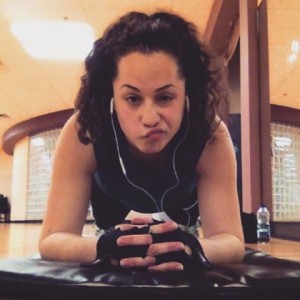 Once I realized what I was capable of, in less than a year I decided to get into the gym so I could continue with the momentum from 2013. I kept up with the running even more so because I had access to a treadmill on those brutal winter days, and then added in some strength training. Not only did I run my first half marathon in 2014, but I also ran 2 more later on, and ran a total of 14 races throughout the year. By the end of 2014 I was down a total of 80 pounds from June of 2013 and beyond that, I felt amazing mentally and emotionally.

Throughout the journey thus far I was able to get off of my medication for my depression and outside of the extremely positive physical changes, I was completely taken a back with the person that I was. Since that first run in 2013 I have learned more about myself than I ever thought possible and this is really just the beginning. This lifestyle change has made me a better person and all I can say for me is that the goal is progress. I am so excited to be a part of the Strong Figure team and not only to share my ongoing journey, but to support others while they are on their own journeys. 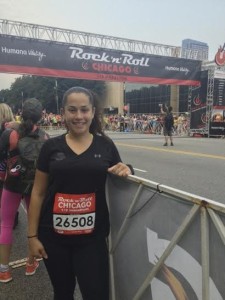