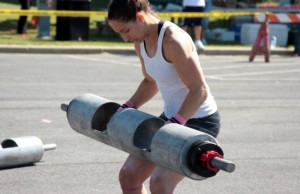 Tracy Stankavage is a Syracuse, NY native and a 2008 graduate of William Smith College. Her love for training is influenced by her own experiences as an athlete at Chittenango High School and William Smith College. Tracy has a Bachelor’s of Science in Physics and is a Certified Strength and Conditioning Specialist (CSCS) through the National Strength and Conditioning Association (NSCA). She enjoys training all ages and abilities and focuses on weight loss, injury prevention, strength and sport specific training. Currently she works at Pacific Health Club in Liverpool, NY.

Tracy coaches all her clients with a positive and energetic attitude. “I believe most people are stronger than they know, and it’s my job to prove it to them…that they can do anything, they just need a little push. My mission is to help other women feel more comfortable in the weight room. A lot of times they are afraid to lift weights because they might get big. I try to show them that you don’t have to be the size of a truck to pull one.”

In high school Tracy played soccer and ran track in the off season. During her collegiate soccer career Tracy was awarded All American status and in 2007 became the Liberty League Conference Player of the Year. In 2009 Tracy played with the Adirondack Lynx, a Women’s Semi Professional Soccer team in upstate New York. She also attended the Women’s Professional Soccer Combine that year.

In 2012 Tracy became the National Strongwoman Champion in the lightweight division.  Since then she has continued to compete and is currently training for the 2014 World Strongwoman Fitness Championship held in Columbus, Ohio. 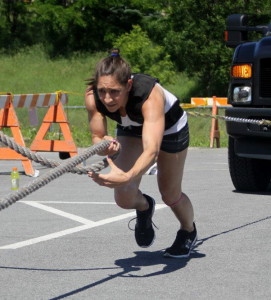 You can follow Tracy online on her athlete page: Tracy Stankavage Strongwoman Athlete.