“The Beauty In You Campaign”

I hate getting my picture taken.  I absolutely hate it.  I’ve never thought of myself as a photogenic person and I’ve always been pretty insecure when it comes to my looks, so whenever I would get my picture taken, I would feel that nine times out of ten, it captured all of my perceived flaws…and I hated it.  However, as a Musical Theatre major and budding actress, I know how integral being photographed is to my career (for headshots, publicity photos, etc).  To combat my fears, I would have my sister “fix me” with her magical makeup prowess whenever I would get headshots taken before I’d even consider facing the lens.

This acute awareness of my need to get over my photo-phobia caused me to pause while scrolling through my Facebook News Feed one early October afternoon.  My friend Jade had posted a status that read: 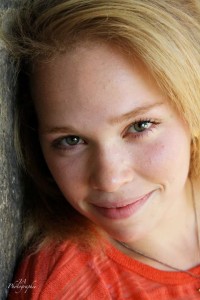 “DC ladies: I am in search of the next model for The Beauty in You Campaign! I’m looking for someone who is willing to be photographed with no (or minimum) makeup and minimum jewelry and glitz. […] Let me know if you’re interested!”

I knew that Jade was an excellent photographer whose breathtaking headshots of my classmates tended to dominate my news feed.  I was also intrigued by the idea of truly natural beauty being showcased… so I found my twenty seconds of courage and volunteered to be photographed that very weekend.

After a really fun photo shoot and a few days of anxious waiting, the pictures finally appeared on Facebook… and they were actually pretty!  People liked them!  I was shocked to see that many of the pictures seemed to capture my assets (like my incredibly green eyes) rather than my flaws, especially since the only makeup on my face was the lingering remnants of the previous night’s mascara.  The photos completely changed my perspective of myself in photos and definitely armed me with more confidence to face future cameras. 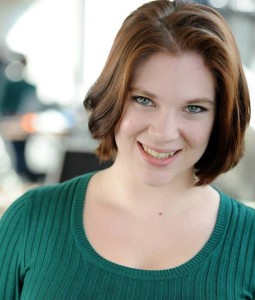 I wanted to know more about The Beauty in You Campaign, so I asked the movement’s founder Jade Enders, a 22 year old Musical Theatre major (with a French minor) from Mifflinburg, PA, some questions.

What exactly is The Beauty in You Campaign? What is its primary philosophy?

The Beauty in You Campaign is a campaign to reach women of all ages and show them just how beautiful they are completely on their own, with no need for jewelry or makeup to make them “pretty.” It’s all about loving who you are, where you are, and not letting society dictate whether or not you are a beautiful person. I do photo shoots free of cost, and rather than airbrushing everything away, I stick to simple edits (fixing lighting errors, etc.). Birthmarks stay, the wrinkles stay… that’s all part of what makes a woman unique and beautiful. 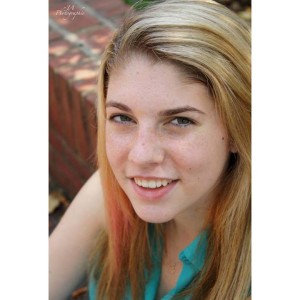 What inspired you to start this campaign?

I was actually inspired to start the campaign when I saw the Dove commercial that went viral, where a sketch artist would draw women as others saw them and compare it to how they described themselves. That sort of made a light bulb go off in my head, and I wondered if I could do something similar from behind my camera. I have always struggled with self-confidence and body image issues, as has my mother and many other women I know–women who I look at and can’t help thinking, “Gosh, she’s gorgeous… why can’t I look like that?” I would say something to these people, and they would laugh at me and deny it, usually with something along the lines of, “Thanks… if you think so….”

The point of the campaign is that we are all gorgeous in our own ways, and we need to stop criticizing ourselves so harshly. I don’t want to raise daughters in a world where they’re only beautiful if they’re supermodels, and I hope that I can reach other women and show them the same thing.

How do you promote the TBIY?

At this point, I mostly promote the Campaign through my photography website and my Facebook page. I take three or four photos from each photo-shoot and add them to an album on the pages, along with a brief description of the women in the pictures (name, home state, sometimes age). Eventually I would like to have more internet presence and in a few years, I would love to be able to travel and hold mini “conferences” devoted to the Campaign and finding one’s self-worth and acceptance.

What is TBIY’s ultimate goal? 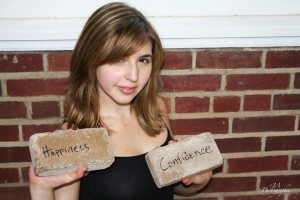 I think ultimately, I would really just like the Campaign to spread and for many women throughout the world, even if they can’t get their own photographs done, to be able to see the work that has been done and develop a community of sorts, devoted to supporting each other and recognizing that we don’t have to conform to the world’s definition of society’s perception of beauty.

What is your definition of “beauty”?

I don’t think there really is a set definition of beauty. It’s cliché but true: beauty is in the eye of the beholder. Anything that makes you happy, that can make you smile can be beautiful. In the photographs that I do, I like to focus on the girls’ eyes, because to me as a photographer and as an actor, I think the eyes often tell the majority of the story, and I find more beauty in that than anything else.

Where do you find beauty?

I find beauty oftentimes in nature. I will be walking along on campus and just stop dead in my tracks because the sunset is too incredible to ignore. I also find it in some odd places…everyday moments. Someone could be crying and upset but I find that beautiful because it’s them. There are no pretenses; it’s all about who they are in that moment.

Who are your “beautiful” role models? 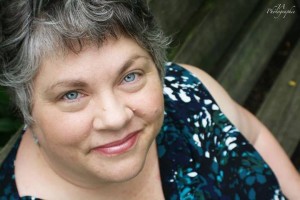 My mother is probably my top role model. She’s struggled her entire life but she’s coming out on top, and I appreciate that. There are few celebrities that I find I can emulate in this area, but one of my favorites is Angela Lansbury. Every wrinkle, every line on her face tells a story… and no matter how old she gets, there’s still a sparkle in her eyes that is gorgeous to me.

Where can readers join the movement?

Find me on Facebook! Feel free to join the group on Facebook (The Beauty In You Campaign) and get involved.  If you’re in the Washington DC or Central Pennsylvania area, I’m always happy to schedule photoshoots. If you’re a photographer and would like to join using your own pictures, please get in touch with me!  I would love for this to become a global thing, with photographers and models all around the world.

Thanks for having me! I hope to see you on Facebook and possibly in person. Please spread the word, and remember this the next time you’re criticizing yourself for something silly, like the lack of a thigh gap. You’re beautiful, and you’re you, and it doesn’t get much better than that.

To view more photos from The Beauty in You Campaign, visit Jade’s photography website or check out the Campaign’s Facebook page and join the crusade toward natural beauty and self-love! 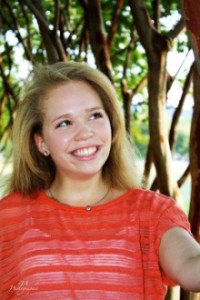 Angeleaza is a 21 year- old Musical Theatre major at The Catholic University of America.  In addition to performing, she enjoys crafting, reading, playing sports, blogging for her own website Cages or Wings?