“I will only date someone who is hot.” – Honest Man 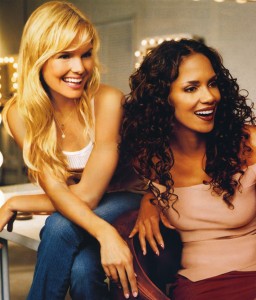 Or at least I am.  I hate to say it but the first thing I look for in a woman is whether she is hot or not.  Before you fill the comments section with how awful a person I am, let us look at why I feel this way.

Society tells us beauty matters.  Women have to be pretty, in-shape, and fit our socially constructed ideals.  But women are not the only one getting this message.  Men are told that the women we date also need to fit these beauty constructs.  If I date an ugly or overweight woman then I am judged in society as being inferior in some way.  And while you might like to think I would be judged as open minded or understanding-–after all isn’t it what is on the inside that matters?–the fact is that simply isn’t true when it comes to people’s thoughts.

The University of Harvard tested the average public’s implicit thoughts to find out our implicit preferences when it comes to people’s weight.  It turns out 70% of people, including me, have an implicit preference for thin people compared to fat people.

Think about it this way: you go to your high school reunion and you see Johnny, the kid you had four classes with but never really got to know.  You haven’t seen Johnny in ten years and he walks in with a Jessica Alba look-alike on his arm.  What are you going to think Johnny has been up to over these last ten years?

We just added value to Johnny because of how his date looks.  And I am not sure that this is wrong.  After all, isn’t this sort of beauty mostly a construct?  In some parts of Africa, being overweight is beautiful.  In America, having freakishly large breasts is considered attractive.  I am not really a fan of either of those things.  I am also not a fan of the anorexic models walking up and down the fashion runway.  I like fit women with a little bit of curves and a pretty face.  Why?  Not to get too Darwinian, but I shouldn’t have to explain why.  We are attracted to people because we are supposed to reproduce with them.  Something in my DNA is telling me to mate with a fit, pretty-faced woman.

You may think I am a pig for putting too much emphasis on the fact that my girl better be hot.  But maybe I am just being honest.

And I am not the only one.  Check out ABC News’ What Would You Do Episode here:

Ok this is outright hilarious. I may be a pig but clearly I am not the only one. In fact, according to Business Insider, attractive people get hired quicker, receive more promotions, and earn higher wages than less attractive people (Stranger, 2012). Daniel Hamermesh, an economics professor from the University of Texas, estimates that attractive people make $230,000 more over a course of a lifetime than unattractive people. His research shows that even average looking people make $140,000 more than people deemed ugly (Shellenbarger, 2011).
It gets even crazier if you’re an overweight woman. According to a study done by the University of Florida, in the corporate world, women who weighed 25lbs less than the norm earned $16,000 more a year than the average woman, and women who weighed more than 25lbs above the norm earned $14,000 less than the average woman. That is $30,000 dollars for just being thin! Over a thirty year career that is $900,000 (CBS News, 2010). Ladies, what better motivation do you need to get in shape? Almost a million dollars and you can steal bicycles!
Now you can do two things: whine about the society in which we live and watch the beautiful get richer. Or you can be the Jane Eyre of 2013 and BE HOT!!! Sounds like a good New Year’s resolution to me.

Take the IAT Weight test and post your results in the comments section.  Also, feel free to berate me if you must.