I keep hearing this word “Strong.” What does it mean? Lifting a lot of weight? Benching 500 lbs? Sort of. I mean, I guess that’s strong, but is it relevent? Does it matter? Is it worth praise and worth people thinking they deserve sponsorships, free money, and celebrity status? I say no. I don’t think lifting heavy weight means your strong. It means you can lift heavy weight.

Strong, to me, is overcoming something bigger than yourself. Strong is not giving up when you’re unsure. Strong is never complaining, even when you’re in a world of pain. Strong is knowing you will never be the same, but never stopping.

Strong, is my brother.

His name is Corey. HE is strong, resilient, persistent, tireless, relentless, patient. 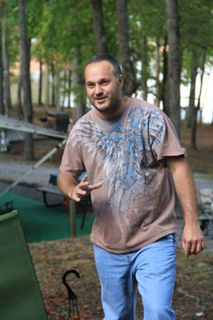 I was 23 years old and my brother was 26 when we found out. I remember coming home and as I walked through the living room, I saw my brother sitting on the couch with his hand to his head, thinking he was on the phone. My mom was just staring at him from in the kitchen eating a sandwich as he kept repeating, “Everything’s cool, just chill, just chill, just chill.” I kept walking to my room assuming he was in an argument with someone.

As I came back out a minute later, he was off the phone…I asked mom, “What was that about? Who was he talking to?”

“He wasn’t talking to anyone…I don’t know what he was doing,”she replied.

I said, “Were you guys arguing? He looked like he was on the phone, he wasn’t?”

“No, he just started talking to himself.”

I immediately started worrying he was on drugs. I was selling my dirt bike that day and decided to wait because I didn’t want to leave my mom home alone with my brother acting strange and thinking he might be on drugs.

And that was the first episode. About a week later, on a Sunday, I was in my room and my mom and brother had just come back from church when he came into my room to see what I was doing and say hello, but suddenly, he stared blankly at the floor and started waving his hands at the ground as if it was in a confrontation with him and he began to say, “Everything’s fine, just chill, chill, everything’s fine, just chill!”

It scared me, it’s Sunday, he just got in from church and there is no way he was at church high. Something is wrong. Something is bad wrong, and so I began calling the rest of my family who lived within the throw of a rock at the time. My brother had lived with my aunt the past few months and was now living back at home, so I didn’t know much about what might be going on with him. I called my aunt first and described his outburst, she then informed me that he had been doing it for some time, and she assumed he was kidding or it was some sort of saying he picked up from friends. My grandma said the same, but both she and my aunt were concerned because they could tell something didn’t seem right. I remember thinking and telling my grandma something was really bad wrong and that this wasn’t a joke, and that I knew it was bad. I had a feeling it was a brain tumor, and I remember saying it, for some reason I had always been a hypochondriac and watched too much TV, but I actually made an assumption that later turned out to be right.

I got really worried but didn’t bring it up that day; instead, I waited to talk to my mom. I asked her what she thought, and she thought he was acting out because he needed to be back on Ritalin. I told her that something like that had nothing to do with Ritalin. And I wanted to take him to the doctor, so I called and asked Corey,

“Corey, do you know that you sometimes talk to yourself and start to sort of freak out and say ‘just chill, just chill, everything’s fine,’?”

He said, “No, I mean, people have told me, but I don’t know what they were talking about.”

Then it hit me how bad it was. He had no idea that he was having seizures.

“Yeah, mom’s been trying to get me to go to the doctor but I don’t know what for.” 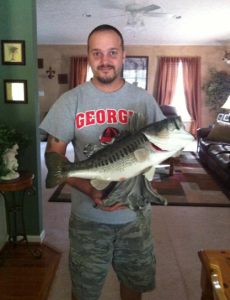 At first the neurologist just did a few standard tests…stand up, close your eyes, raise your arms…..he asked if Corey was on drugs…but didn’t drug test him. He asked many questions, tapped around on him and then said he was going to put him on seizure medicine….and was pretty much done.

“Wait a minute, aren’t you going to do tests? An MRI, catscan, whatever it is you need to do to see whats CAUSING the seizures? You don’t just start having seizures out of nowhere; something is causing them.”

I was pissed. How many doctors just assume and don’t test? And he just assumed Corey wasn’t on drugs so he didn’t test him, but with all this you would think he would test anyway. The doctor replied, “Oh, oh yeah, lets get him scheduled for an MRI and…”

Stupid DICK. Yes, do tests, don’t assume. I was so mad when we walked out of there.

Anyway, within the time frame of waiting for the tests to be done over the next few days or weeks, though it seemed like months, Corey started to get a little worse. He wet himself a couple of times. Can you imagine, standing there talking and suddenly you wet yourself? But you don’t remember doing it? Really imagine that. Scary, huh? I was scared for my brother. I was really scared. And I wanted to punch people. Everyone in my family was scared for him. We’re a VERY close family and we all were pitching in the best we could to do what we could. Cory even had to quit work: he cut his hand at work a while back before we realized there was a problem and although he didn’t remember doing it, now we knew what had happened…he had had a seizure.

The MRI found a tumor on his left frontal lobe, about the size of a tangerine.

So the surgery was set, the doctors told us he would be in the hospital for three days if all went well. We got to the hospital and they got him ready for surgery; he hadn’t had any seizure medicine, so before they took him back, he began to have a seizure. They finally took him into surgery and it took about two to three hours for the procedure.

My mom wrote this next portion becuase I wasn’t sure about exacts of the treatments:

The doctor told us that if the tumor was cancer, they would put chemo wafers in his brain at the time of surgery. When the doctor came out to talk with us, he told us it was cancer. He had taken out 90 percent of the tumor and left about 10 percent around the brain so there would not be a lot of damage to the brain. When Corey woke up he was feeling pretty good; he wanted something to eat so I got him an egg muffin. He did really well that day. The hospital staff were waiting on a private room for him but no rooms were available and he had to stay in the recovery room all night. We could only see him every two hours, and only three people at a time could go back.

He got a room the next day, but it was not a private one. The man in the room had a grandchild who would come see him and make a lot of noise, and Corey was not supposed to have a lot of noise for a few days, to keep his brain from having activity. Corey would get upset easily and he would tell the man and his grandchild to shut up.

He got sick on the second day of his recovery, and the doctor would not let him go home for five days. We stayed at the hospital the whole time. When he finally got home, he did real well.

Next, we had to see the chemo and radiation doctor; they said the type of tumor did well with chemo treatments so they started Cory on these for three months. He responded well, then the tumor started growing again resulting in 29 weeks of radiation treatment. He had to have his wisdom teeth cut out, due to the radiation causing so many problems with his teeth. But fortunately, radiation did the trick. That killed it. God has blessed him so much.

And then in 2012 he was going to work one morning and had a very bad wreck. We found out he had a seizure, and so now he is currently on seizure medicine. And during everything–the surgery, the chemo, the radiation–Cory didn’t have any insurance. When he had surgery, the hospital helped with the bill and the doctor wrote his bill off. And he got on disability benefits. But he wants to go to work and unfortunately he now can’t get a job anywhere. 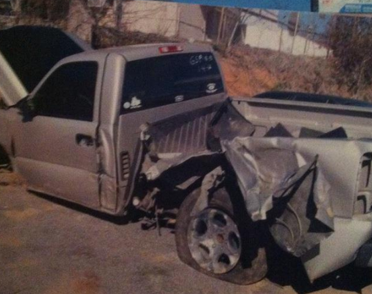 But he is blessed to be alive. He has to go see his doctors once a year to have an MRI done, and the last time the doctor told him that only a handful of people live through this kind of tumor, and he was one of them.

I love my brother. He’s the strongest person I know. And there are so many people out there like him, who are fighting. So, keep them in your heart and in your prayers and always remember who the strong ones really are. 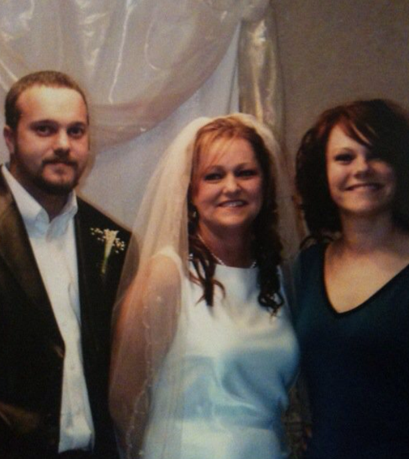 Note from Steph:
Strong Figure isn’t just about recognizing physical strength; it’s about recognizing the strength found within us when times are difficult-no matter the event. Just yesterday I was at the gym lifting and a song came on Pandora that just flooded my heart with thoughts about my dad–who I lost to cancer three and a half years ago. The song just reminded me of him and even after almost four years, I find myself breaking down over the little things. Cancer, unfortunately, touches too many of us in today’s society. That’s why I’m proud that Strong Figure participates in events like Barbells for Boobs, Relay for Life, and other fundraisers to help fight the battle for people like April’s brother who is surviving, and for people like my dad, who lost the battle. If you’re interested in helping us out, we’re currently fundraising to help put an end to a disease wreaking havoc on too many families. Strong Figure designed a shirt to aid in awareness and $10 from every shirt sold will go towards cancer research and prevention. If you’d like a shirt, just click the image below. You will even find a spot to list a special person’s name on our Memorial Wall that Strong Figure is creating in honor and memory of those touched by the disease. Thank you for helping us in our quest to FIGHT CANCER.