A couple years ago, a billboard made headlines that stated hotdogs were worse for you than cigarettes.

When I first heard that I thought, ok I can see a processed food having bad chemicals and leading to certain types of cancer.  But I was excited to read more (yes I am a nutrition nerd).  And then I saw the study was funded by a vegan environmentalist group.

Soapbox Moment: those two movements–vegan and environmentalist–contradict each other. Veganism is bad for the environment.  Most vegans eat foods like tofu, veggie burgers, and quorn, and chances are those products come from really far away; therefore, the energy demands and carbon footprint are much greater than locally raised meats.

I don’t really trust anything health related from these types of groups.  I may be proven wrong some day but I seriously doubt it.  I see no way that veganism could be considered remotely healthy.  Every vegan I know is yellow, often sick, weak, fat, or skinny fat. 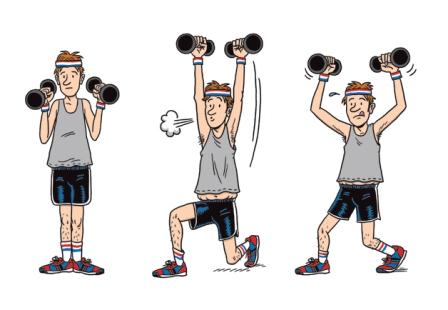 If the term skinny fat is new to you, this is a condition where a person has skinny arms, skinny legs, a skinny chest, pretty much every part of the body that should have muscle is skinny, but the stomach is fat and other areas like the under part of the arm and neck are flabby.

Why would people subject themselves to this condition? And let’s not forget that they can’t eat bacon!?

Ok, back to hotdogs.

Nitrates are chemical compounds used in making cured meat products like ham and hotdogs and they lead to the formation of cancer-causing nitrosamines.

Steph has been on this bandwagon for awhile but I have ignored her, not because she isn’t always right, but because I just love the foods nitrates are in – bratwurst, ham, Italian sausage, bacon…

Then I tried nitrate free bacon and I realized that it actually tastes better than regular bacon!  It tastes so fresh, I swear I killed the pig myself.  God I love that stuff.  Last week I tried nitrate free chorizo and my knees buckled.  There are some rumblings out there that nitrate free products still have sodium nitrate in them, but most of that “rumbling” is coming from meat-hating sites and I don’t trust their science. The only problem with nitrate free products is that they are more expensive and I hate that, but treating cancer is pretty expensive too so I’ll pay the extra few dollars. 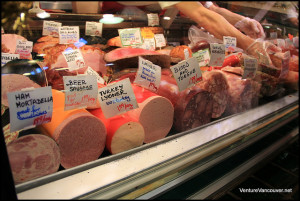 It is probably best to just avoid processed meats all together but we all know they taste so damn good.  If you can go nitrate free, do it.  If you can’t, then add lots of vitamin C into your diet.  Vitamin C helps prevent the formation of carcinogenic nitrosamines.  So as more develops on this science we will likely adjust what we believe and what we don’t believe.

Are you guys on board with the whole Hotdogs are worse for you than cigarettes scare?  Share your comments below.