For the fourth installment of my Motivation Series I want to recommend using drugs — pre-workout supplements.

We all have had good days and bad days in the gym.  Have you ever wished there was a pre-workout supplement that could assure all of your workouts were awesome?  Well I have been searching for this since I first started working out.  Here is a short timetable of my pre-supplementation. 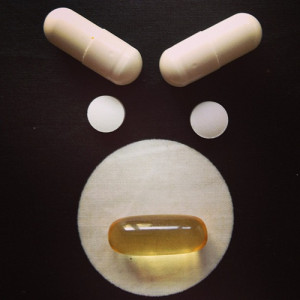 In the mid 90s I discovered the pre-workout drink Ultimate Orange.  The first time I took it I think I had the greatest workout of my life.  But that night I didn’t sleep.  I tried it a few more times and every night I took Ultimate Orange I tossed and turned restlessly until the morning.  Then a few people died from taking it since it contained a dangerous ingredient — ephedra; and it disappeared from the store shelves. 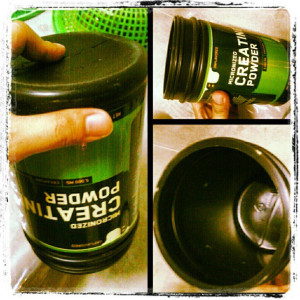 I then started drinking creatine and grape juice.  The juice acted as a transport agent for the creatine.  And this definitely made me stronger.  I still think creatine is great, but if you need that pre-work out energy boost, then you will need more then just creatine.

I think coffee works pretty well and it could be a cheap solution for anyone on a tight budget looking for pre-workout energy.  I have taken it in the accelerator shake form (with whey and coconut oil), I have drunk it during the actual workout, and for the most part it works.  I will say though it often leaves me feeling sick. I can’t explain why since I am an avid morning coffee drinker, but several times it has made me feel nauseous and given me a headache. (If anyone knows why this is, please share in comments section.) 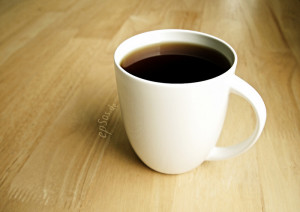 The Canadians always seem to be on top of their supplement game.  I think their food and drug people must just do a better job. So when I heard about the pre-workout drink coming from Canada I jumped on it.  It worked pretty well too but then I started having these really strange blood sugar crashes where I felt like I was dying — it was scary and when I stopped taking Buzz Saw the crashes stopped.  No more Buzz Saw.

I first heard of this from Sean Sherk and anything he does I am willing to try — that guy is a bad ass.  It makes sense to eat sweet potatoes before a workout since it is a good carb and carbs give you energy.  The only thing I can say is it’s really hard to tell if it is working.  And I usually like to spike my insulin post-workout not pre-workout so I gave up on the baby food.  I will still recommend it though to people who can eat pre-workout and for people taking on a big event, such as a Superfit or CMC.

Since this supplement is so popular I had to include it.  I only took this supplement a few times and my workouts were strong but I crashed so bad afterwards that I gave it up. I hated that post workout feeling.  I also discovered Jack3D at the same time I was trying No Xplode and I had no crash from Jack3d so I switched. 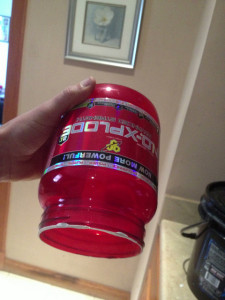 This was the holy grail of pre-workout supplementation.  It had no crash, no jittery feelings, it was cheaper than No Xplode; it was AWESOME.  It did have the ingredient beta alanine, so you got that strange tingling feeling under your skin, but I really didn’t mind that because my workouts were AMAZING.  But then people started dying from it.  It contained an ingredient called DMAA, which the FDA linked to at least one fatality. After all the controversy and warnings, Jack3d changed its formula and it was nowhere near as effective.

Branched Chained Amino Acids are awesome and if you are not taking them then you need to fix that.  Most of your high quality wheys will include them. BCAAs are the building blocks of protein; they are crucial for muscle growth, repair, and recovery.  But they will not give you that high energy feeling that most lifters want in a pre-workout supplement.  I will say though if you are looking for a pre-workout drink, then this should be a primary ingredient.

And this is where I am now: Progenex Force.  I love this stuff.  It is very similar in its effectiveness to Jack3d (don’t worry, no DMAA).  I am still new to using Force but my workouts have been great.  And right now I am only taking it on days that I need it.  I love that!  With Jack3d if I didn’t take it, my workouts sucked — it is like I became dependent on it.  But with Force I just take it when I am having one of those days where I need motivation.  Force does contain beta alanine, so if you don’t like the tingling feeling, it might not be for you.  The tingly-ness goes away though soon as you start lifting.  Just remember all that tingling is because your blood is flowing; moreover, it is a good thing.

Have you tried any of these supplements?  What works for you?

If you missed the first three parts of my motivation series you can find them here:

Featured Image by Noodles and Beef