And beat the sh*t out of your weaknesses.

“It’s too heavy–go back up! You won’t be able to get up if you go down further…it’s too heavy!”

Did that just happen? Did I just talk myself into believing that I can’t do something???

GET DOWN THERE AND HIT DEPTH AND SQUAT THIS WEIGHT. 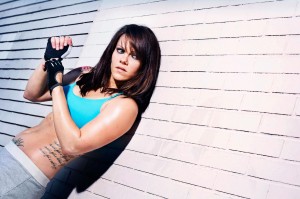 I caught myself telling myself that I couldn’t do something. Because it was hard, because it was heavy, because I was AFRAID of failing , I indeed was going to make myself fail. But, I caught myself for the first time mentally sabotaging my squat. I had failed my last time maxing out and had been scared ever since that day: scared of squatting, scared of maxing out…scared of failure. I convinced myself I just wasn’t getting stronger. That wasn’t the problem, though; I just realized that I had been telling myself the whole time that I couldn’t do it, so I simply didn’t. I was supposed to hit 265 months ago. But I failed at 245, and I didn’t even try again.

Me, not try again?? Blasphemy!! I always try again!!

I once failed my attempt to bench 145, then I got pissed and threw 150 on the bar and SFW!!!! (smashed fucking weight)

I was devastated, devastated that I missed that squat and then I just quit, right then right there, because of fear. Who knows, maybe I could have done it or at least 255 but I didn’t EVEN TRY. Last week I smashed 265. Why?? Because I wouldn’t take no for an answer. Don’t think I wasn’t shaking in my boots nervous (which gave me a legit meet experience for this attempt), because I was stressed out the past 24 hours just THINKING about squatting. When I’m squatting/lifting/benching a weight that I have never done, I’ve always been excited about maxing out, because it’s so fun and that’s what it’s all about. The thing is…you gotta fake it, you gotta tell yourself that you can…becuase YOU CAN . Even if it’s not right now, you WILL soon. So go ahead and tell yourself it’s already done, because if you get in a habit of fear…you will never do it.

Currently, I’m preparing for a meet which is now four weeks out, and it’s a big deal for me. I don’t care about winning; I’m very competitive and I know you’ve all heard powerlifters say “It’s me against me–I’m not worried about anyone else” and that may be true, but at the same time, you still want to beat everyone there. In a fun way, of course, not a kill a bitch kinda way. But, this meet, I haven’t thought much about the people I will be competing about, because this meet….is very significant for me: I will be attempting an ELITE total. At my last meet my lifts totalled 698 pounds; elite total is 775 for the 148 class in which I compete. I am now 10 pounds away from that total, and I test my bench max tonight…..so if all goes well at the meet, it’s in the bag!!! 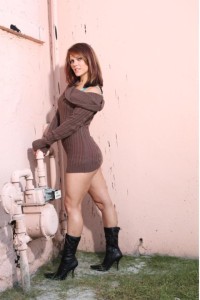 However, anything can happen.

I can have an “off” day. A weak day. Be too nervous and screw up…anything can happen. Or, I can go in there and KILL it. So, right now, it’s all mental…and it’s pretty intense because this really means a lot to me. I’ve been training really hard….and OMG ya’ll, ya’ll know about my cake addiction right??? Hold onto your asshole…..I’ve been eating clean…..I’ve been doing a form of carb backloading where the only carbs I get are oatmeal or rice or sweet potato…and some fruit here or there.

Yes, I have cheated a couple of times….but it meant nothing I swear!!! I really only had like a cupcake here or there, but then I justified it by not having the carb I was supossed to have. Can you believe it? I think I’ve only missed one or two training days…I’ve really been working hard. And it’s scary to think it could be possible that my training won’t bring the results I so desperately want. It’s pathetic how much I want it. I NEED it. But, even if it doesn’t happen at this meet, I WILL get it. And that thought makes it better.

How Do You Get There Too?

Another thing I would like to say to anyone training for any sport is pick your coach and listen to only that person. If you start getting critiqued from more than one person it will WRECK you. You will be so lost you won’t know if you’re lifting weights or doing brain surgery on yourself. And if you disagree with your coach, offer your ideas or move on. But, you should always be researching. Always be learning, from everything. Don’t just go through the motions, learn from everything around you. If you notice a weakness…don’t avoid it…chase it down and beat the shit out of it. You’re not gonna let anything stop you, are you?? Why would anyone do that? This is AMERICA. Be American! Do it! The crazy thing is, no one has ever told me I couldn’t do something. Maybe it’s my personality….I’m pretty ummm, something, I don’t know what, exactly. But people don’t usually say that I can’t do something. I was the one telling me no. So, don’t be me, don’t tell yourself no. Matter of fact, don’t even ask permission. Just do it, dammit. Nike knows what they are talking about. I love to encourage people, so at any time you feel discouraged…reach out to me.

I would like to mention ONE more thing…for the ladies. A friend of mine in the powerlifting world is doing some really awesome make up tutorials…they are GREAT, so I know that you ladies love to do your faceholes with all kinda silliness, and this girl really knows some good products and some awesome techniques. From super fabulous to super natural…so check her out. On Facebook and on Youtube, Beauty Bengal. Gracie Vanasse, pro powerlifter and Westside lifter. She’s an awesome girl with some awesome make up tutorials. www.youtube.com/beautybengal 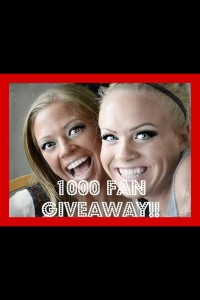 Have you ever been in a similar fear-facing situation? How do you talk yourself away from fear? Trying for more? Not backing down? Tell us below!