Your workout tomorrow is inspired by my 34th birthday, today! Are you ready?

Complete the following for time: 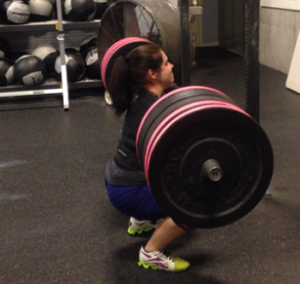 If you’re interested how the rest of my weekend turned out, read on!

Friday night, I PR’d my front squat by squatting 235 pounds! This is really exciting to me–I have not been training front squat much at all. The other gym members were testing and I decided to hop in as well and my lift ended up improving by 20 lbs! So exciting!

On Saturday, I did a basic conditioning-style workout, just like I program for you guys. But something kinda cool happened! I was doing box jumps and wall balls, both were a LOT easier for me than normal. The only thing I can credit this to is the growth in strength from powerlifting. I HATE wall balls and box jumps and rarely practice them but this time they definitely weren’t as hard as normal. That made me feel awesome!

I also helped out at work with our Breast Cancer “Race for the Cure 5k.” I love seeing people come out and hit the pavement for such an incredible cause! And the weather was really nice–just a very beautiful fall day. I love it when people get together to support cancer fundraising. It means so much to me! 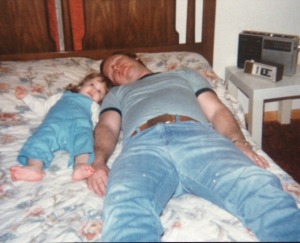 Speaking of curing cancer, when are they ever going to do that?! Yesterday was the fourth anniversary of my dad’s death. He died from liver cancer which actually started in his digestive tract somewhere but found too late. Considering that I’ve been through three of these anniversaries already, I figured this one would be….easier? Better? The same? But it was different for me; it was harder. I don’t know why, but I really struggled yesterday. I think it was because I just took the time to sit down and think about him a lot. I flipped through photo albums–especially the photos of the ones where he was so young–younger than I am now. And then I thought a lot about the night of his death…I just really struggled to NOT cry a lot. Even when I was lifting at the gym, I all but screamed with every squat, even shouted once “I F&$^(%G HATE THIS LIFT” and almost cried I couldn’t find something to eat in the fridge. Sheesh. 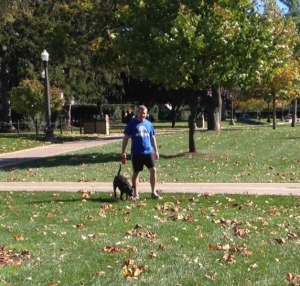 Things felt a little better when Erik and I took a walk through JMU’s campus. For some reason, whenever the 26th of October rolls around, I feel the need to be outside. Like, I just HAVE to be outside. The first anniversary of dad’s death, I took off from work and all I remember that day was walking the dogs around the neighborhood–for hours. It was just so pretty out. And I have felt the same need to do that every year. 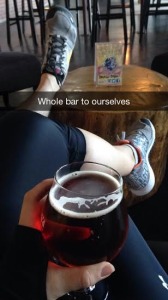 And after our lifting, Erik and I went to Three-Notched Brewery which is my favorite new hangout spot in town. We had the whole place to ourselves where I indulged in a couple Oktoberfests. By the time we left to go back home and crash with dinner and a marathon of “How to Get Away with Murder,” I was feeling a lot better. 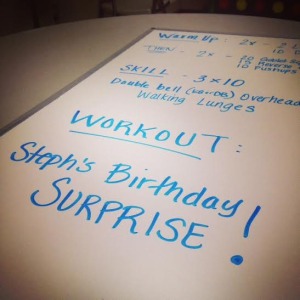 And today’s my birthday! So far, it has been great (I’m typing this pre-lunch, so who knows after this). 😉  But this morning, my bootcampers and I played dodge-ball which was crazy fun, and then I went grocery shopping, meal prepped for today and this week, and then when 5:30 rolls around this evening, I’ll be off for the night and without a single care in the world. I love birthdays. 🙂

What’s your favorite birthday treat/splurge/tradition? Let me know in the comments section!